Must-See Movies Under the Stars 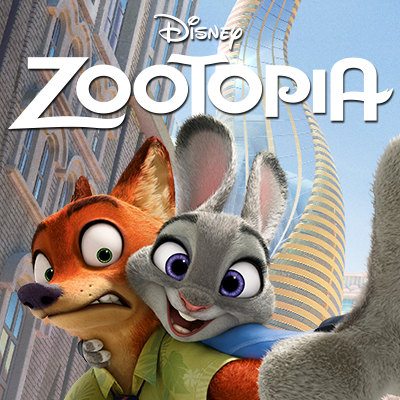 The City of Gold Coast's free outdoor cinema is back. From September to early April, the program Movies Under the Stars will feature various family friendly films. So make sure to add this on your holiday to-do list.

If you're heading to Palm Beach this November, below is a list of movies your kids will surely want to watch.

Zootopia
Produced by Walt Disney Animation Studios, this 2016 3D computer-animated adventure film is a huge box office hit. Zootopia is an urban utopia where all animals – predator and prey live together until one day, animals go missing.

Zootopia Police Department's (ZPD) first rabbit police officer, Judy Hopps volunteers to solve the case. She may be small but is very determined to prove herself. Together with Nick Wilde the fox, they uncover the truth.

Enter the world of Zootopia on November 5, 7pm at 8 Karp Court in Bundall, Gold Coast.

Kung Fu Panda 3
Kung Fu Panda is one of the most successful animated franchises. This year  DreamWorks Animation brought in the third installment of the series.

Dragon Warrior Po finally finds his long-lost father and travels with him to a secret panda village in the mountains. But Kai, the supernatural evil warrior returns to the mortal realm to steal the chi of every Kung Fu master. To defeat Kai, Po must transition from student to teacher. Therefore, he must train the entire secret panda village how to defend themselves.

Catch Po, the Furious Five and the rest of the pandas on November 12, 7pm at the Palm Beach Parklands.

Arthur Christmas
Ever wondered how Santa Claus delivers presents around the world? With the help of technology, hundreds of Christmas elves and the current Santa's oldest son, kids are able to receive their presents on Christmas morning. But Arthur Christmas, the youngest son discovers a glitch. One present wasn't delivered. Now it is up to Arthur and his grandfather to deliver the last one, the traditional way.

To celebrate the return of lifestyle travel in Queensland* we would like to offer you, our loyal guest – 15% off your next stay in ANY room type, right though to December 17, 2020!